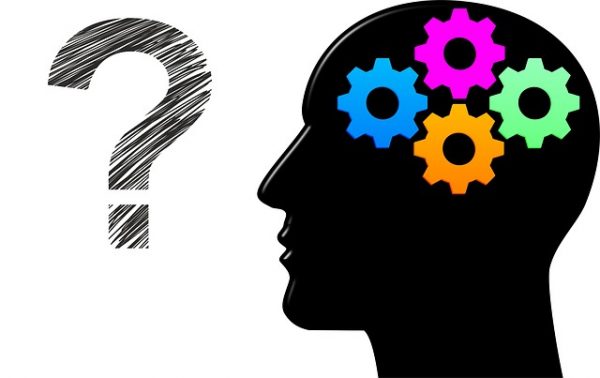 Is a GRE to IQ score conversion actually possible? Although the two tests differ greatly, many people continue to wonder whether there is a direct relationship between GRE scores and IQ.

For this article, we’ll start by covering the different functions of the GRE and IQ tests. Then, I’ll explain why it’s not possible to accurately convert your GRE scores to an IQ. Finally, we’ll examine the problem with attempting to correlate GRE scores with intelligence.

What Does the GRE Measure? What Do IQ Tests Measure?

The GRE is a standardized test designed by the Educational Testing Service (ETS). It measures test takers’ preparedness for grad school through three separate sections: Verbal Reasoning, Quantitative Reasoning, and Analytical Writing. Each GRE section tests you on a different skill set:

On the GRE, test takers are given a separate score for each major section. The Verbal and Quant sections each use a scale of 130-170 in 1-point increments, while the AW section uses a scale of 0-6 in half-point increments. The number of questions you answer correctly determines your GRE scores. (You do not lose any points for incorrect or blank answers.)

But IQ tests are an entirely different ball game. IQ tests look at your cognitive abilities in comparison with those of others your age. Simply put, IQ tests measure your inherent intelligence rather than your knowledge of essential skills for grad school.

The most commonly administered IQ test is the Wechsler Adult Intelligence Scale (WAIS). This test measures two main components: your Verbal IQ and your Performance IQ. At the end of the exam, you receive three separate scores: a Verbal IQ, a Performance IQ, and a Full Scale IQ (what we tend to refer to as someone’s overall IQ). Score-wise, 100 indicates average intelligence, and 130+ indicates superior or gifted intelligence.

As you can see, the GRE and IQ tests measure two totally different things. But is there any correlation between the two tests that allows us to convert one score to the other?

Quick side note: we've created the world's leading online GRE prep program that adapts to you and your strengths and weaknesses. Not sure what to study? Confused by how to improve your score? We give you minute by minute guide.

You don't NEED a prep program to get a great GRE score. But we believe PrepScholar is the best GRE prep program available right now, especially if you find it hard to organize your study schedule and don't know what to study.

Click here to learn how you can improve your GRE score by 7 points, guaranteed. 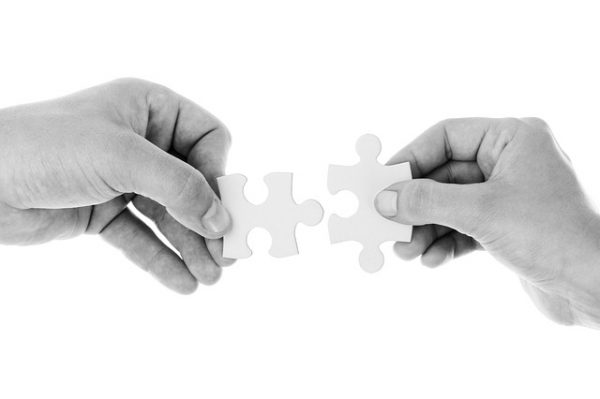 GRE to IQ: Is There a Correlation?

In truth, there is no known correlation between GRE scores and IQ — meaning, there is no official or reliable way for us to convert GRE scores to an IQ, or vice versa. This is ultimately due to the fact that the two tests differ so significantly in regard to their purposes, content, and scoring systems.

To start, the GRE tests you on learnable skills, whereas IQ tests measure your implicit cognitive abilities. In other words, the GRE doesn’t measure your intelligence but rather your readiness for grad school — that is, to what degree you’ve mastered the reading, problem-solving, and writing skills deemed critical for grad school success. Because all GRE skills can be learned or improved upon over time, in theory a few months of intense preparation could increase your overall GRE score by as many as 20 or 30 points!

This is one reason it’s so difficult (read: basically impossible) to correlate GRE scores with IQ. According to a 2014 article for The Conversation, “Standardised IQ tests used by clinical psychologists for diagnostic purposes … are designed in such a way that it is not easy to prepare for them.” Essentially, you’re not supposed to be able to study for an IQ test like you can (and should) for the GRE.

In light of this, then, if there were any direct correlation between GRE scores and IQ, it only follows you shouldn’t be able to study for the GRE or raise your scores. But we already know this isn’t the case. In fact, test takers are heavily encouraged to study for the GRE, and many even end up taking the test multiple times in order to hone their weaknesses and improve their scores. Based on this information alone, we can therefore assume GRE scores have little, if any, bearing on IQ.

Another difference between the GRE and IQ tests is the content. While it’s true the GRE and IQ tests both test a few similar concepts, such as vocabulary knowledge, the bulk of what they test is radically different. IQ tests do not test writing skills or high school math topics, and the GRE does not test matrix reasoning, object assembly, or short-term memory. So even if you were to score extraordinarily high on an IQ test, your high IQ by no means guarantees you a perfect AW score, precisely because there is no writing component on the IQ test.

Finally, the scoring methods for each test differ greatly. The GRE assigns numerical scores based on how many questions you answered correctly (for Verbal and Quant); however, IQ tests assign scores based on how well you performed compared to others your age.

In an interview for Live Science, Yale-based clinical professor of psychology Alan S. Kaufman explains that IQ is essentially “a relative concept.” By contrast, the GRE is not a relative concept — not even close! Your GRE scores are objective numbers based only on the number of questions you answered correctly; who else took the GRE has no effect whatsoever on your GRE scores.

But what does all of this mean for you? Basically, it’s not worth your time or energy to try to convert your GRE scores to an IQ. If you ever come across a website claiming it can convert GRE scores to an IQ or vice versa, take it with a grain of salt. Remember, there is no official conversion method for GRE scores and IQ, ultimately because the two tests are far too different to make conversion even feasible. 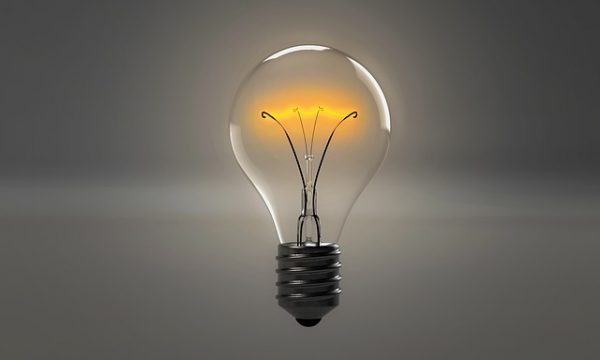 Can GRE Scores Measure Your Intelligence?

By now, we know with certainty that GRE scores and IQ don’t share a lot (if anything) in common. But can your GRE scores alone reveal anything about your level of intelligence?

The short answer is, not really. Similar to the ongoing debate around IQ tests’ ability to accurately measure human intelligence, there is controversy over the function of the GRE.

For one, the GRE, like all standardized tests, is severely limited in what it tests. As a result, not everyone — especially those who are gifted in other fields or in other skills not tested — will score highly on the GRE.

In an article for The Atlantic, cognitive psychologist and Cornell professor Robert J. Sternberg says, “Some students simply don’t achieve stellar GRE results although they may be intelligent and exceptionally capable.” In other words, even if you didn’t perform as well as you’d hoped you would, your GRE scores don’t automatically indicate a lack of intelligence.

Additionally, many people don’t consider the GRE to be an accurate indicator of intelligence because it’s been said to disadvantage certain groups of people — specifically, minorities, women, and those of low socioeconomic status. Statistically speaking, these types of test takers often struggle to achieve higher GRE scores, which is likely a result of a combination of factors, including differences in educational opportunities, a lack of access to quality GRE prep, and insecurities in regard to one’s own gender, race, or class.

As is the case with the SAT, time and again the GRE underpredicts the success of these groups of test takers, all of whom, it should be noted, generally go on to do surprisingly well in grad school despite their lower GRE scores. Such a trend is disconcerting and ultimately discriminatory, as grad programs typically weed out candidates at the beginning of the admissions process based on GRE scores alone.

Moreover, the connection between GRE scores and grad school success is tenuous. Although the GRE is meant to evaluate test takers’ preparedness for grad school, it ultimately doesn’t (and can’t) measure other key indicators of potential success, such as perseverance, passion, and creativity.

Assistant professor of higher education at the University of Michigan Julie R. Posselt states, “The GRE adds information, but it is a noisy signal that says little about a student’s ability to be successful as a scholar … And unfortunately, requiring very high GRE scores for admissions undermines diversity.” 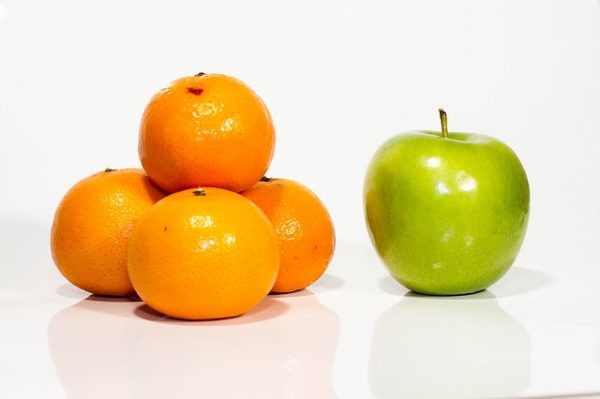 The Final Word: Why GRE to IQ Conversions Don’t Work

Many people wonder whether there is any correlation between GRE scores and IQ. But the truth is, the two tests measure completely different skills, making any score conversion ultimately impossible.

Although many online tests claim to be able to convert GRE scores to an IQ, none of these websites are 100 percent accurate, primarily because there is no proven GRE to IQ conversion method.

Furthermore, the GRE doesn’t quantify your overall intelligence like an IQ test does (though the very concept of an IQ is heavily controversial). On the contrary, you can significantly improve your GRE scores as long as you maintain a strict study schedule and have access to high-quality prep materials. Besides, the GRE allegedly disadvantages certain groups of people, making it an unfair and unreliable tool to use for measuring intelligence.

So what does all of this mean for you? Take my advice and don’t dwell on highly subjective definitions of intelligence. At the end of the day, your GRE scores and IQ are just combinations of numbers — not who you are or what you’re capable of!

Want to learn more about what the GRE tests? Then check out our expert guides to what the GRE is, how many questions it contains, and what you’ll face on the three GRE sections.

Ready for a great GRE score? We’ve got tons of helpful GRE tips and strategies and everything you need to know to ace the exam!

If you enjoyed my comparison of the GRE and IQ tests, you’ll love my in-depth analysis of whether you can convert your SAT scores to GRE scores.


Ready to improve your GRE score by 7 points?

We've written a eBook about the top 5 strategies you must be using to have a shot at improving your GRE score. Download it for free now:

1 thought on “GRE to IQ: Can You Convert One to the Other?”

"...hands down the best GRE prep... would easily recommend to anyone."
READ REVIEWS
The GRE Course Built by the Greatest Test Prep Squad.
MEET THE TEAM

Series: Get a Great GRE Score

How Long to Study for the GRE?

How Much Can You Improve?

How to Improve Your Score?

GRE Promo Codes: Can You Get a Discount on the Test?

What Is a Good GRE Score? A Bad One? An Excellent One?

All 6 Free Official GRE Practice Tests + How to Use Them

GRE Score Percentiles: What They Mean for You

GRE to IQ: Can You Convert One to the Other? 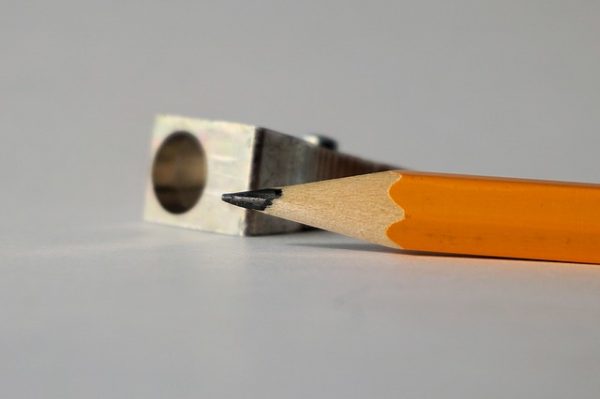 GRE Paper Test: What It Is, How It’s Differe… 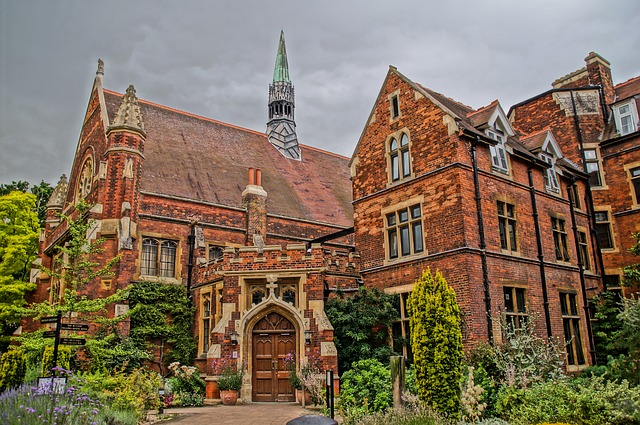 How to Get Into Grad School: 29 Tips for Applying…